Another spectacular day at Cheltenham for Derby Sale graduates

It was another spectacular day for Derby Sale graduates when the Willie Mullins trained Monkfish claimed victory in the Grade 1 Brown Advisory Novices' Chase under Paul Townend, crossing the line by six and a half lengths from his rivals.

Sold for €36,000 at the Derby Sale by Busher Bloodstock to Monbeg Stables, he was also sold as a foal by breeder Cyril O' Hara at the November National Hunt Sale for €12,500 to Furziestown Stables. He was also sold at the Tattersalls Cheltenham May Sale to Harold Kirk and Willie Mullins for £235,000. 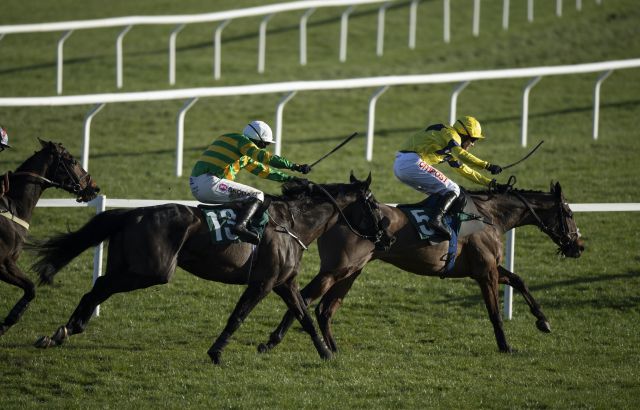 Sold for €34,000 by Oak Tree Farm to Tom Lacey at the 2016 Derby Sale, the son of Midnight Legend was sold prior to this as a foal at the November National Hunt Sale by Goldford Stud. He was also sold at the Tattersalls Cheltenham Festival Sale by Tom Lacey to Jonjo O' Neill Racing for £150,000.