With the National Hunt buyers still on the hunt for both Derby Sale pinhook prospects and future racehorses, demand was high for the best commercial lots on offer on day 5 of the November National Hunt Sale.

Ballinaclasha Stables brought along just one lot to this week's sale and got itself a session-topping result when selling a colt by Blue Bresil for €66,000 to Norman Williamson's Oak Tree Farm (Lot 948).

"Breeder Dan Rohan from County Cork, who has just two mares at home, has a long association with the pedigree having trained the Presenting mare Castlerock Rose for her late owner Judy Cuddy."

"What a result!" he exclaimed. "The mare has a yearling filly by the same sire and she has been retained. Her first foal by Oscar was a beauty and he is in training and due to run around Christmas. It is a great National Hunt family and I am delighted with the result."

"The foal is heading to Williamson’s Oak Tree Farm and the buyer said: "We thought he was the best foal here today. Obviously, the sire is on fire, and it is hard to buy one by him. We know the family well – both Charlie (Swan) and I rode Belvederian, who is a half-brother to the second dam. He was a six-time winner, and both of us won on him.”

He added: "We thought this foal has great action and bags of quality. We sold one by the sire at this year's Derby Sale, a gelding out of Banjaxed Girl, to Milestone Bloodstock and he is supposed to be going really well."

Peria Stud enjoyed a good day at Fairyhouse – the Connell family’s homebred colt by Vadamos was bought by Timmy Hillman for €64,000 (Lot 1026). The colt is the top-priced lot by the sire sold this week. 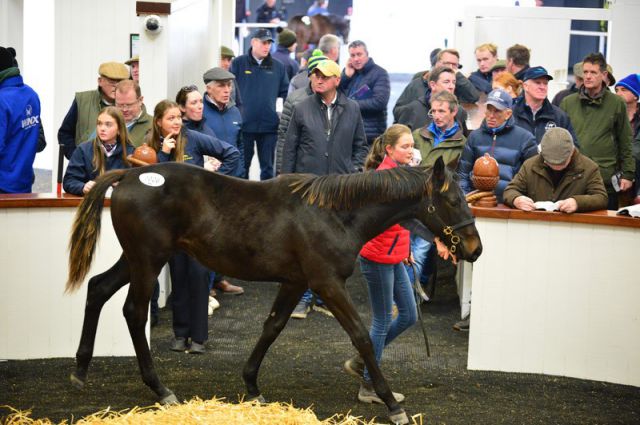 The stud's owner Pat Connell delegated chatting duties to his daughters Sarah and Kirsty, both of whom are fully involved on the farm, Sarah leading up this colt.

"Since he was born he was lovely,” said Sarah.”We bought Dont Hesitate here two years ago and he is the first foal out of her.”

Kirsty added: "He is great mover, he has been popular and busy since he arrived here."

Lot 947, a colt by Old Persian consigned by Ballincurrig House Stud, was purchased by agent Gerry Hogan for €47,000 and is the most expensive by the young sire sold at this sale so far. 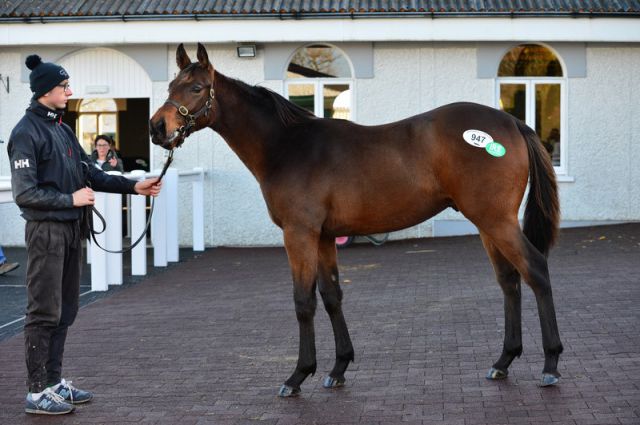 "He has been bought for an existing client as a racing prospect,” said Hogan, adding: “I like the sire, he is a Dubawi stallion, and has had some lovely foals here.”