The exceptional trade that has been the hallmark of this year’s November NH Sale continued apace today, the session producing the top-priced foal of the sale and taking a four day foal session to a new record turnover of €11,734,000, with a day’s selling of foals still to be completed tomorrow.

From the first-crop of Crystal Ocean, whose progeny have been in such demand this week, the Coolmara Stables-consigned top lot was bought by Kevin Ross Bloodstock / Ben Case for €120,000 (Lot 861).

Ross and Case met with fierce competition from a packed sale ring for the colt out of Daydream Beach, a sister to the Grade 1 Royal Bond Novice Hurdle winner Airlie Beach, but the pair were determined to ensure this colt joined the group of six previously purchased by Case for Lady Jane Grosvenor as pinhooking prospects.

"This is a good-sized foal and he has a great pedigree and he will come back for resale," explained Case when he outlined why he and Ross were determined to purchase this March-born colt. "He is just a gorgeous horse and we thought he stood out today. We are delighted to get him."

It is the best sale ring result for Kieran Mariga's Coolmara Stables and the team was delighted with the price.

"He has been very busy, he was never in his box for longer than 10 minutes today," said Mariga's son Cathal, taking time out from his Equine Business course at Maynooth University. He added: "He has scope, he has good action, he is great mover, he is very athletic. He has been a really lovely foal all the way through.”

Daydream Beach was bought by Coolmara here at the November NH Sale in 2017. 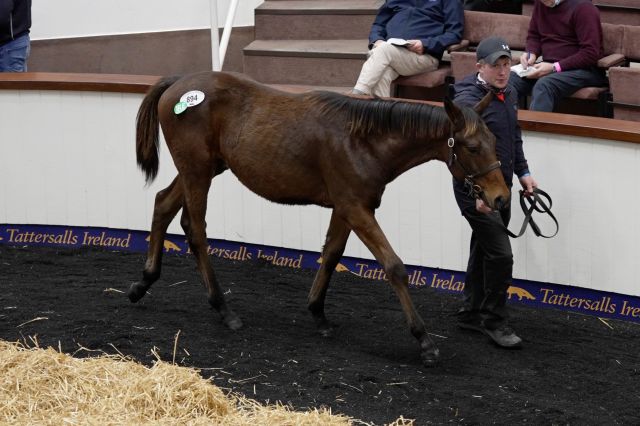 “He is a smasher,” said Timmy Hillman after going to €62,000 for the Ballincurrig House Stud-consigned colt (Lot 894) by the young Sea The Stars stallion Affinsea, whose oldest crop are three-year-olds of this year.

“I saw a lot of the three-year-olds by the sire and they are nice sorts, and this lad’s half-brother has been doing it. Hopefully, he’ll be back for the Derby Sale.”

The colt’s half-brother is Fiddlerontheroof, winner of the Tolworth Hurdle (G2) and runner-up in the RSA Chase (G1). 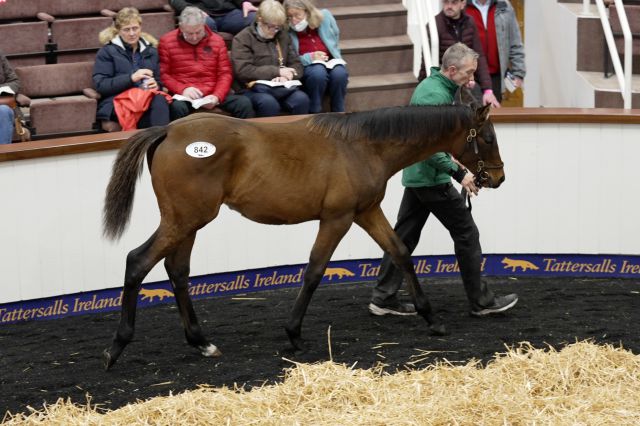 Another young first-crop sire provided Day 3’s third-best price, and Order Of St George had his moment in the spotlight when his colt out of the mare Mujdeya (Linamix) made €58,000 bought by Glenvale Stud (Lot 842).

He was sold by Sheridan House Stud and bred by Sean Murphy.

The mare has already produced a Grade 1 performer in Mister Blue Sky, and it was that horse’s debut win over hurdles that took Murphy on a hunt to find Mujdeya as a broodmare prospect.

"After Mister Blue Sky won his maiden hurdle I read the post-race report in which trainer Willie Mullins said that he thought the horse could be anything,” recalled Murphy.

"With the help of Michael Kelly we looked around for a mare or a filly from the family. Michael sourced her in Sweden, we eventually did a deal with the owners and brought her home."

Of his decision to cover his new mare with Order Of St George, Murphy said: "He was such a popular sire last year, and I thought he'd be just as popular this year. I loved the foals by him and I have loved this foal since the start – he has a lovely temperament and a good walk. I can't believe what he has made!"

The four-day foal section of the November NH Sale continues tomorrow with selling starting at 10am followed by a quality selection of mares selling in the afternoon.