The one-day Part 1 session for the Tattersalls Ireland July Store Sale produced a busy and strong day’s trade with racehorse trainers and point-to-point consignors making the most of Ireland’s last store sale of 2022 to restock their stables ahead of the upcoming National Hunt season.

The day’s two joint top prices of €65,000 topped and tailed the session, the morning stint getting off to a flyer with bloodstock agent Tom Malone going to €65,000 for the wildcard entry Lot 1A.

By the progressive and popular sire Blue Bresil, sire of last season's top National Hunt performer Constitution Hill, Malone’s acquisition is the first foal out of the Grade 2-winning and Grade 1 runner-up Jessber's Dream (Milan) and was sold by Rathbarry Stud.

Malone said: "He is a lovely animal and should have been in an earlier store sale but had a small mishap. Both Paul [Nicholls] and Harry Fry trained the dam and she was a good one, I am very happy to buy." 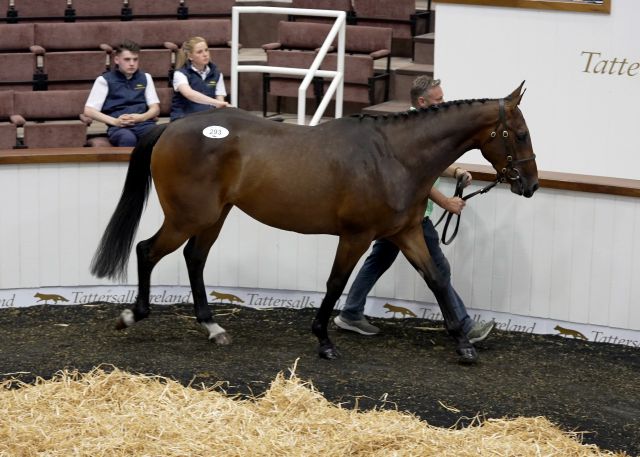 Six lots from the end of the session, trainer Nicky Richards spent the same amount on Yakaleo, the already-named son of Buck’s Boum. Consigned by Liss House (Lot 293), the gelding is out of Implora, an Early March full-sister to the Grade 3-placed hurdler Desinvolte.

“He is a lovely looking horse, a good loose walker,” said Richards. “He is by a great stallion, I just hope he is lucky. Ger Hannon, who helps me out, liked him. He is a probably a horse I won’t have to wait that long for – he won’t be a five-year-old before he hits the track.”

As for future ownership plans, Richards laughed: “He is for the first man who rings me up! I will be able to pull him out in front of anyone, he is a cracking horse. He looks a runner and I hope he is one.” 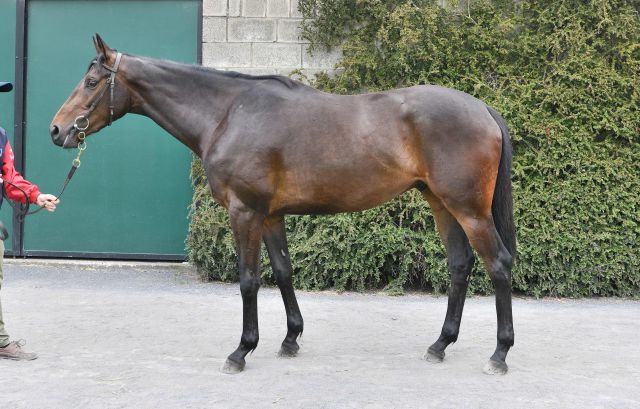 The grey gelding is the first foal out of the winning Poliglote mare French Girl. She is a half-sister to the dam of Saint Xavier, who has been Listed placed over fences in the UK and was a Grade 3 winner last winter at Auteuil. He has won four races and been placed 13 times. 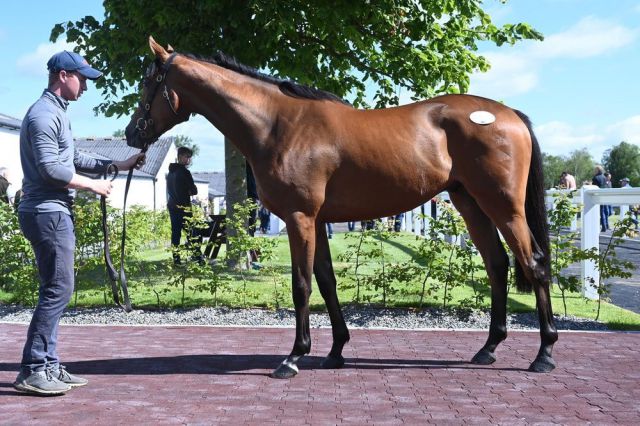 Progeny by leading sire Walk In The Park are always popular at the store horse sales and Lot 14 was no exception, the three-year-old gelding making €55,000 bought by Sam Curling as a point-to-point prospect.

Offered by consignor Railstown Stud, the May-born gelding is the third foal out of the six-time winner La Sarrazine (Medicean), who finished fourth in the Grade 2 Top Novices Hurdle.

“It is fantastic to host the July Store Sale on it’s intended date for the first time. The sale has recorded significant gains on last year, sale turnover almost double of 2021’s inaugural sale as well as huge rises in average and median. The results fully vindicate the decision to stage this sale in July and the phenomenal footfall seen at Tattersalls Ireland today suggests that both Irish and UK purchasers fully support the sale.

“We must thank our vendors for getting behind the idea of a mid-summer sale and allowing us to introduce it to the sales calendar in such a vibrant manner. They have supported the sale with some quality stock and their confidence in the sale and the venue has been rewarded.”

Part II of the July Store Sale commences tomorrow morning at 10.00am.