More Grade 1 winners than any other Store Sale

The Derby Sale celebrated Grade 1 success yet again this weekend when Tahmuras cantered to victory in the Grade 1 Tolworth Novices' Hurdle at Sandown on Saturday. Giving Paul Nicholls his fifth success in the contest, Harry Cobden's mount travelled well throughout the two-mile race and stayed on well to cross the line in front. 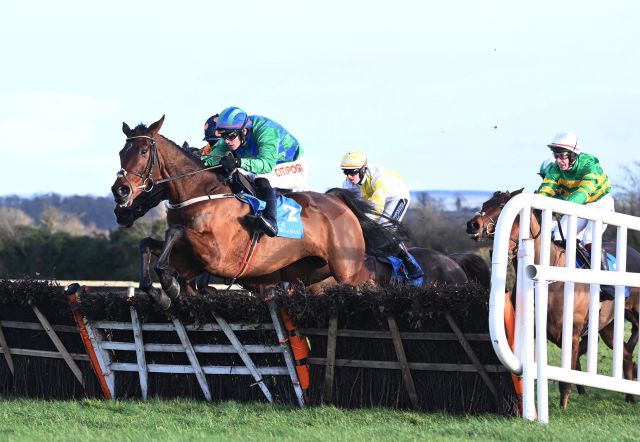 Champ Kiely was the emphatic winner of the Grade 1 Lawlor's of Naas Novice Hurdle. Trained by Willie Mullins and ridden by Danny Mullins, Champ Kiely made all and stayed on well to see off his rivals by two and a quarter lengths. It was a timely win for the February National Hunt Sale graduate as the catalogue for the upcoming sale is due to be released later this week.

The son of Ocovango was sold at the February National Hunt Sale by Ennel Bloodstock to Michael Murray for €5,800.

Nominations are now being taken for the Derby Sale 2023.