Lot 451, the Exceed And Excel half-sister to this year’s Lowther Stakes (G2) and Princess Margaret Stakes (G3) winner Zain Claudette (No Nay Never), who is due to run in this weekend's Cheveley Park Stakes (G1), always promised to take the headlines. She lived up to her star billing when selling for £200,000 to become the most expensive filly ever sold at the September Yearling Sale.

Consigned by Castlehyde Stud, the filly’s sales docket was signed under Rabbah Bloodstock, but it was Ismail Mohammed, trainer of Zain Claudette, who was in charge of bidding.

"She is for Zain Claudette's owner Saeed H Al Tayer," reported Mohammed, who was sat in the sunlight at the top of the bidders. "I was on the phone to the owner, he was keen to buy her, I hope she will be as good. There are some similarities between the two horses. We thought we might buy her for £100,000, but we were keen to get her – because we have Zain Claudette, who is already a Group race winner and if she wins a Group 1, then we have the sister, too."

Zain Claudette was bred by the Andriy Milovanov, while the Exceed and Excel yearling was bred by him with his son Andrew and a business partner.

"I am very happy with the sale," said Milovanov through an interpreter. "Her dam was covered by Ten Sovereigns and maybe next year we will go back to No Nay Never. I have about 16 mares and they are at Coolmore and Irish National Stud."

He added: "There was a temptation to keep this filly to race ourselves, but she has gone to good hands." 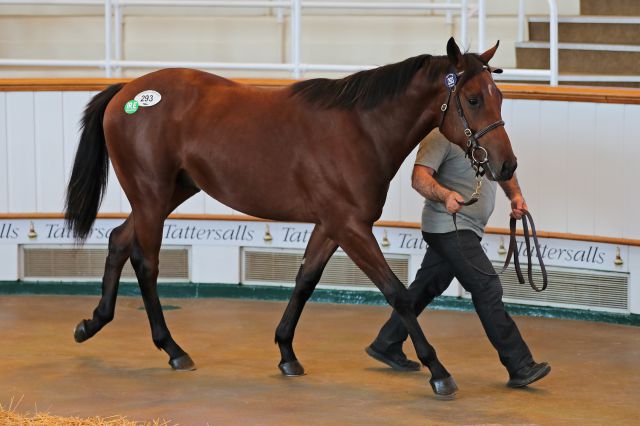 Day 2’s top-priced colt hails from the first crop of Smooth Daddy, winner of the Grade 3 1m1f Fort Macy Stakes and a son of the late Scat Daddy (Lot 293).

"He’s a cracking individual, that was a lot more than I thought he would make, but he was a real stand-out,” said Johnston. "This is a sale that is quite close to my heart through Rose Of Kildare and this has cost a hell of a lot more than she did, but let’s hope he is as successful!

"Christopher was watching online and is over the moon,” reported successful consignor Kilmartin. "The colt has been very straightforward since the day he came in for prep and this is an absolutely super result, I can't believe it!

"Being honest with you, the last couple of days he has been very busy, fair play to Mr Johnston and Mr Woods, they loved him from the time they saw him. I knew there were people on him, but I didn't think he 'd make that kind of money. Fingers crossed he goes on well on the track."

JS Bloodstock and George Scott Racing went to £105,000 for the Mehmas colt out of the three-time two-year-old winner Drifting Spirit (Clodovil), bred and sold by Tally-Ho Stud (Lot 482). The mare is closely related to the Group 1 Falmouth Stakes and Lowther Stakes (G2) winner Nahoodh, also by Clodovil.

Billy Jackson-Stops was in charge of the bidding and trainer George Scott said: “We were looking for a horse for an existing client who has had horses in the yard before and is desperate to get to Royal Ascot. I thought this horse was the best physical of the day and obviously the stallion needs no introduction. 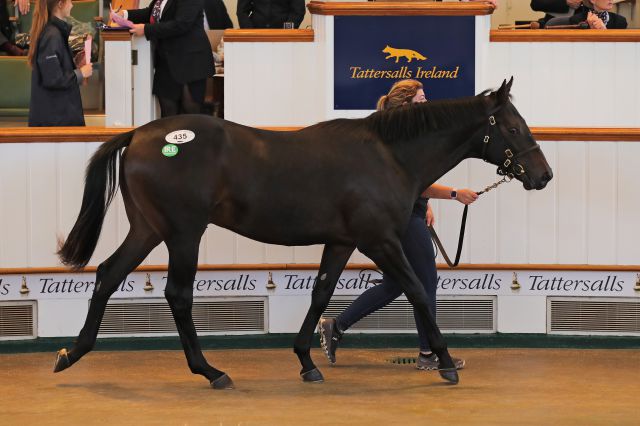 "The last 24 hours have been phenomenal for us, the best two days of my life in this industry!" exclaimed Mark Dreeling of Coole House Farm after selling this son of Footstepsinthesand (Lot 435) for £95,000, backing up the farm's sale yesterday of Lot 224, a colt by Fast Company, who made £90,000.

Of the September Yearling Sale, Dreeling added: "We are only small breeders, but down through the years, Simon Kerins in particular has gone above and beyond to try and help us and encourage us to keep supporting this sale. When we started it was a one-day sale, but Simon has built it up to what it is. A lot of seriously good horses come out of this sale, it is a trainers' sale – they get the results from it, and we as breeders get the results from it, too."

Successful purchaser Ed Sackville said: "The colt has been bought for MV Magnier. He is a lovely horse, by one of Coolmore's own stallions who consistently produces a good horse. No trainer has been decided as yet."

"Today has capped off a fantastic two days of selling at the September Yearling Sale, it’s great to see such strong demand for yearlings and a sale to be held in “normal” circumstances. The highlight of the sale has been the depth to the trade from start to finish. We have had 62 lots sell for £50,000 or more and buyers from throughout Britain and Ireland have been competing with a strong overseas contingent, most notably from Italy.

We had no choice but to relocate last year’s September Yearling Sale to Park Paddocks and we faced the difficult decision this year to stage the sale where it belongs in Ireland or relocate once again to Newmarket. We feel fully vindicated for having the sale at Park Paddocks this year and it is important to say at this time that we are delighted and relieved that the September Yearling Sale will return to the Tattersalls Ireland complex at Fairyhouse in 2022.

Our sales complex at Fairyhouse is currently undergoing extensive renovation and we are working on improving both vendor and purchaser experience. We are excited to unveil the new look at our November National Hunt Sale, followed by the November Flat Sale which includes foals, yearlings and broodmares.

We are very grateful to everyone who have been so accommodating and helped to make the last two days such a huge success."