Day 2 of the foal catalogue of the November NH Sale was all about progeny by the first-crop sires Poet’s Word and Crystal Ocean, while the strong and consistent demand for foals throughout the day helped to produce a record-breaking session.

For much of the day Crystal Ocean was dominant and at one time was responsible for the joint top lots of €80,000, as well as the session’s third-best price.

However, in a style reminiscent of the 2018 Group 1 King George VI and Queen Elizabeth Stakes when the two horses met in competitive action, Poet’s Word came late to pip Crystal Ocean on the line for top lot honours.

His colt out of Dinaria Des Obeaux (Lot 729), sold through the evening session, was bought by Joey Logan for the day’s top price of €85,000. Underbidder was Kevin Ross standing with Ben Case.

The colt was bred and consigned by Mountain View Stud, and Louis Kennedy of the farm said: "We are over the moon, we can't believe it! This has far exceeded our expectations. From the moment he arrived here, he never put a foot wrong. We have three foals by the sire and all three are tremendous foals. This lad has a great walk and a great manner." 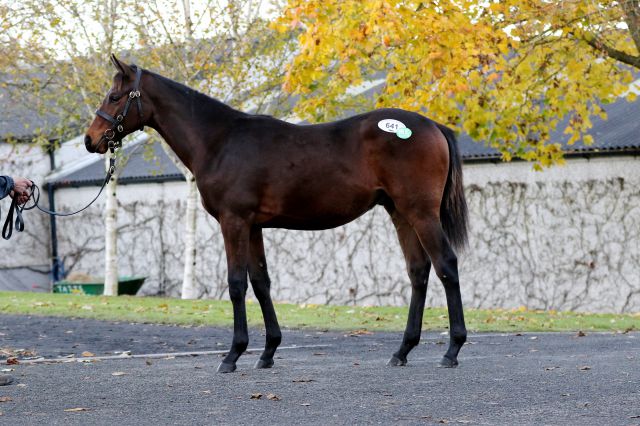 Aiden Murphy twice went to €80,000 for colts by Crystal Ocean, who retired to stud as the Timeform’s highest-rated middle-distance horse in Europe.

Hillview Stud’s colt is out of the unraced mare Carrowmore (Lot 641), a half-sister to the Grade 1 winner Pingshou, and the two-time Ascot Grade 2 winner and Grand National (G3) runner-up Magic Of Light, who sells here on Thursday (Lot 1251).

Breeder David Fenton said: "We are delighted, we had huge interest in him. He is a very well-balanced colt and just had that bit about him, that bit of class, the walk, the balance. This colt is a good advertisement for the sire and the mare is back in-foal to him." 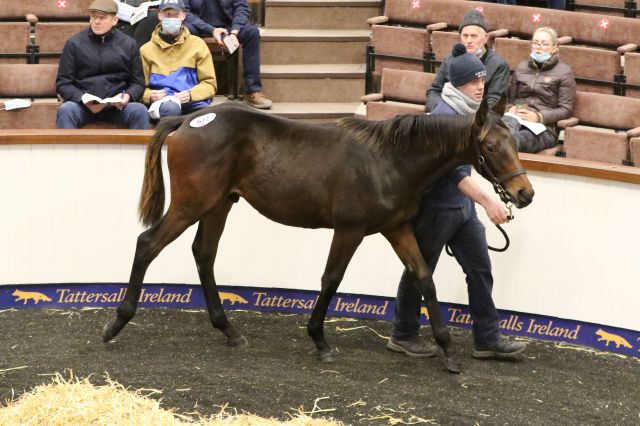 The sale of Lot 677, a colt out of Hour Before Dawn, was the best sale ring result for a foal consigned by Oliver Loughlin.

“We've always liked this colt since he was a couple of days old, we thought he was a bit of a stand-out, he has a brilliant mind and he is a great foal to move,” said Loughlin’s son Alan. “It is a fantastic result and it hasn't sunk in yet!

Of the mare, he added: "Since we bought her there has been a lot going on in the pedigree – Docteur De Ballon won the big race at Auteuil, twice, Politologue won the Champion Chase, while Kings Crystal, another mare on the page, is breeding in France and she has lot of progeny to come. Hour Before Dawn is big and strong, a great mare to walk, and is back in-foal to Crystal Ocean.”

After spending €70,000 on the Crystal Ocean (Lot 686) colt out of Blixt, the Yeats half-sister to the record-breaking 21-time Grade 1 winner Hurricane Fly, John Kilbride of Kilbride Equine summed up his thoughts.

“When one of the best horses in the world retires straight to the NH roster, then you have to take note,” he explained, adding of his purchase: “This colt isn't massive, but neither was Hurricane Fly and I think this foal has the best action in the sale. He will come back for the Derby Sale, is for a client, and he now goes to England."

A colt by Walk In The Park (Lot 546) broke up the day’s dominance by the younger brigade of NH stallions – the Thistletown Stud-offered May-born foal, a half-brother to the Grade 2-winning chaser Roaring Bull, fetching €70,000. He was bought by Aiden Murphy.

The four-day foal section of the November NH Sale continues tomorrow with selling starting at 10am.