First Flow put in an impressive performance to hold off a number of established Grade 1 stars for victory in the Grade 1 Clarence House Chase at Ascot on Saturday. Under jockey David Bass, First Flow bolted home to win by seven lengths giving trainer Kim Bailey his first Grade 1 success since the 1995 Cheltenham Gold Cup. The Champion Chase looks to be the next target for First Flow, Kim Bailey commented: "Regarding Cheltenham, he has only been there once before when he ran in the Supreme (of 2018), but I wouldn’t mind going back there. If it’s soft or good to soft at Cheltenham you would have to think about the Queen Mother very seriously."

First Flow was sold at the Derby Sale for €4,500 by Rathurtin Stud to Karen Fanshawe. 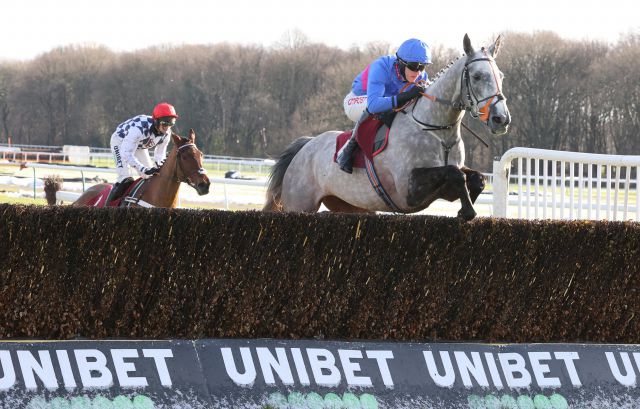 Silver Hallmark made all with an impressive victory in the Grade 2 Novices' Chase at Haydock. The Fergal O'Brien trained son of Shirocco landed Graded honours on his second start over fences by two and half lengths under Adam Wedge.

Silver Hallmark was offered at the Derby Sale by Kilminfoyle Stud.

Craigneiche overcame a 375-day absence to score in the Grade 3 Holloway’s Hurdle at Ascot under Tom Cannon for Nicky Henderson. Sold at the Derby Sale for €60,000 by Rathbarry Stud to Highflyer Bloodstock.