This year’s Tattersalls Ireland May Store Sale had to have two date changes this summer, but that did not stop the reorganised sale achieving a record price, and its first six figure lot, when the Rathbarry Stud-consigned wildcard entry Lot 121B, a gelding by the stud’s own sire Blue Bresil, was bought by bloodstock agent Aiden Murphy for €115,000.

"He is the one I really wanted today," said Murphy, the day’s leading purchaser. "He is a lovely horse and has a pedigree. He is a great advertisement for the sire, he goes to Olly [Murphy] and is for Diana and Grahame Whateley."

The pedigree that is so admired by Murphy features this gelding’s half-brother, the three-time winner The Two Amigos (Midnight Legend). His best result to date came last winter when runner-up in the Welsh Grand National (G3). 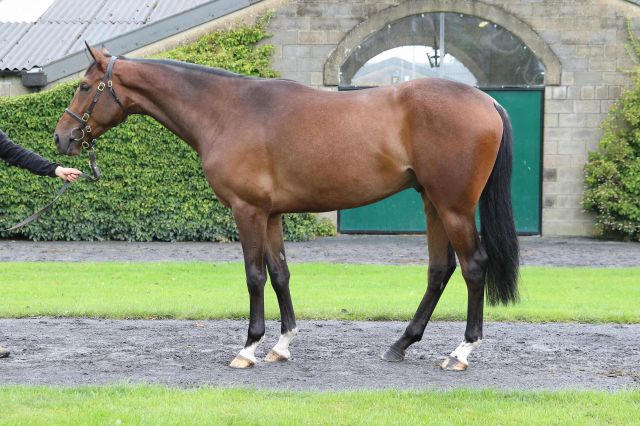 The second best was saved for last when Lot 204A by the late Adlerflug and from the family of the leading German pedigree of In Swoop, last year’s European joint-champion three-year-old and Prix de l’Arc de Triomphe (G1) runner-up, was sold for €72,000.

He was offered by Elms Bloodstock for Boleyn Bloodstock, Tom Malone and Paul Nicholls were the successful buyers.

“I have been waiting all day for this horse, he is a lovely type,” said Malone. “I think Adlerflug’s will do well at this NH game." 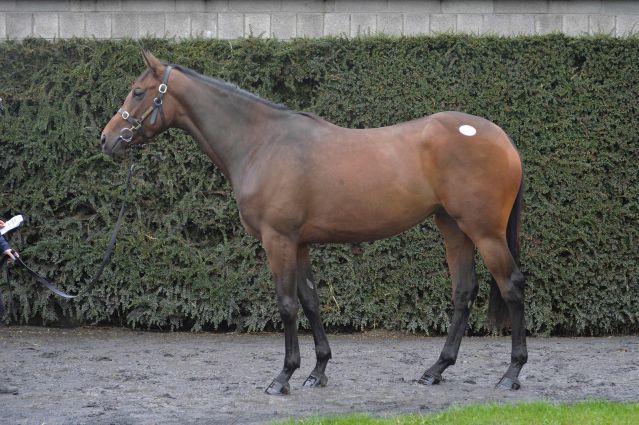 The wildcard entry Lot 128A achieved the day’s best price for a filly when the daughter of Solider Of Fortune sold for €50,000, agent Harold Kirk was the successful bidder although he was acting for another party.

"She has been bought on behalf of Ross and Peter Doyle," said Kirk. "She is for a new client of the Doyles, but she may well end up in training with Willie [Mullins]. She has size and scope and is the nicest filly here today."

The April-born filly was sold by Peter Nolan Bloodstock for Mr Seamus McKeogh. She is the second foal out of Ballycorrigan (Flemensfirth), who was a winner over hurdles and is a half-sister to Gold Present (Presenting), a Listed winner and Grade 2 placed over fences.

Commenting on the conclusion of the May Store Sale, Tattersalls Ireland CEO Simon Kerins said:

“Only in its fourth year the May Store Sale has already become recognised as a leading source of winners and today’s impressive set of figures have confirmed its importance within the store sale calendar. Although delayed until August for a second year in a row, this year’s sale has produced an excellent trade that surpasses pre-COVID times and has achieved a record clearance rate.

We extend our thanks to our vendors who remained patient throughout the disruption to the sales calendar and provided quality stores as well as every purchaser who engaged as they sought to find their next May Store Sale winner. We were delighted to welcome UK buyers back to Fairyhouse following the easing of travel restrictions into Ireland.”

The one-day July Store Sale takes place tomorrow, with selling starting at 10.30am